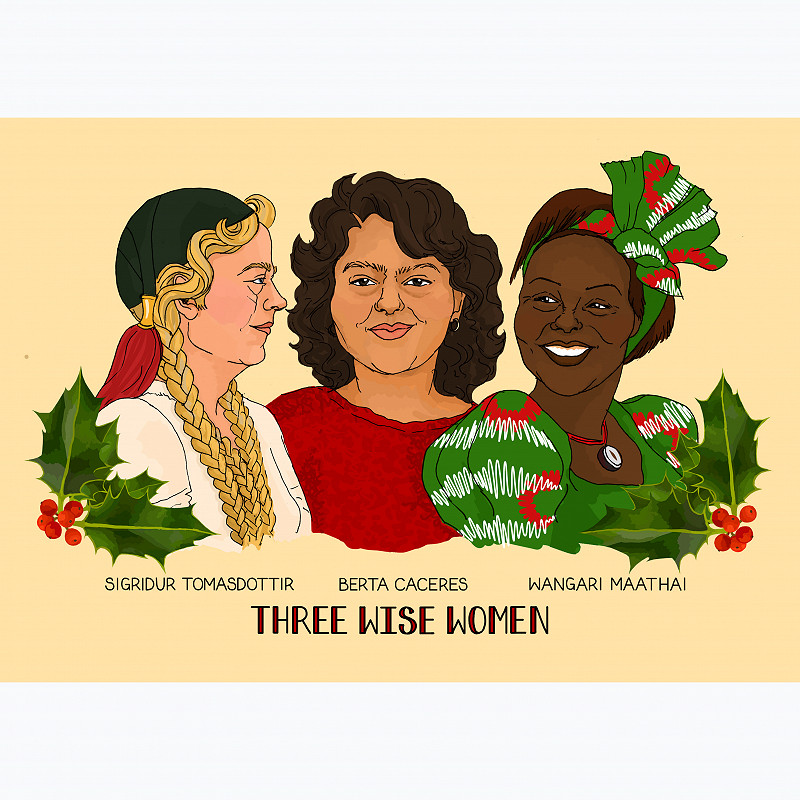 These three women were pioneers in conservation, wise beyond their time. Wangari Maathai was a Kenyan activist for women’s rights and the environment, and the first African woman to win the Nobel Peace Prize. Berta Caceres was an environmentalist and social activist for indigenous rights. She led a grassroots campaign that stopped a dam being built. Sigridur Tomasdottir lobbied to stop Gullfoss waterfall in Iceland being damned for hydroelectric power; it is now in a national park. In this time of climate crisis, we think these women are worth celebrating, and in a season of overindulgence it doesn't hurt to remind people to tread lightly on this earth. Available in packs of six. 10% of the income from these cards will be donated to support women in Palestine.

Message inside: This card is blank inside for your own message.