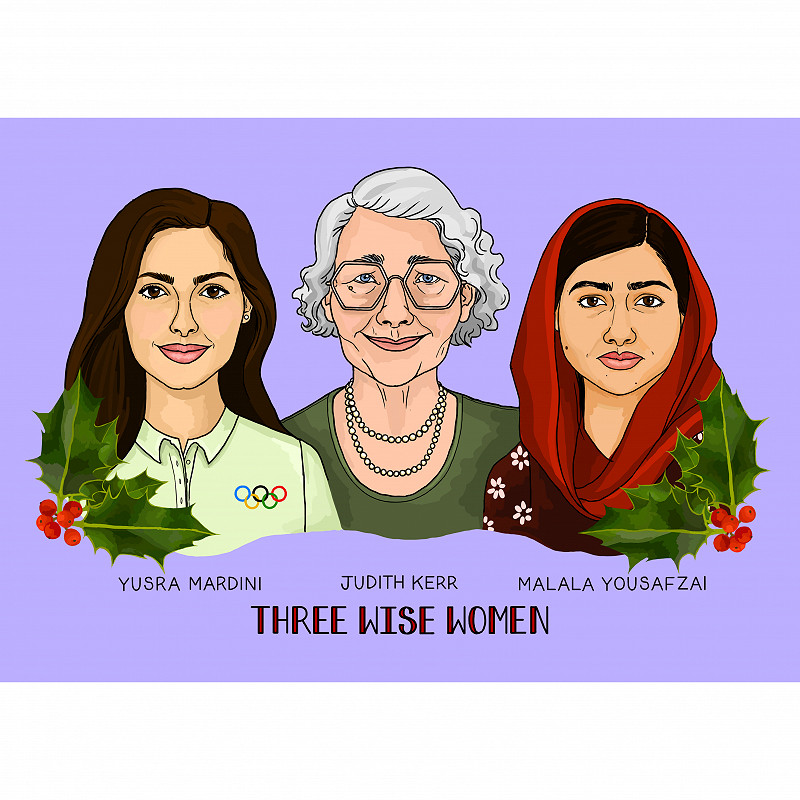 This year our Three Wise Women have all been displaced from the countries where they were born - Judith Kerr fled Nazi Germany as a child with her family when her father stood up to Hitler, and became a well-loved children's author in the UK; Yusra Mardini used to represent Syria in international swimming events but had to leave during the war and now lives in Germany - she took part in the Tokyo Olympics as part of the Refugee Olympic Team; Malala Yousafzai was an advocate for girls' education in Pakistan which led to her being shot in the head, and moving to the UK where she completed her education. In the year when Afghanistan imploded it seems fitting to remember the women and families who have had to leave their homes to seek safety. 10% of the income from these cards will be donated to support refugee and asylum seeking women. Pack of six cards, white envelopes, in biodegradable cellophane wrapper.

Message inside: This card is blank inside for your own message