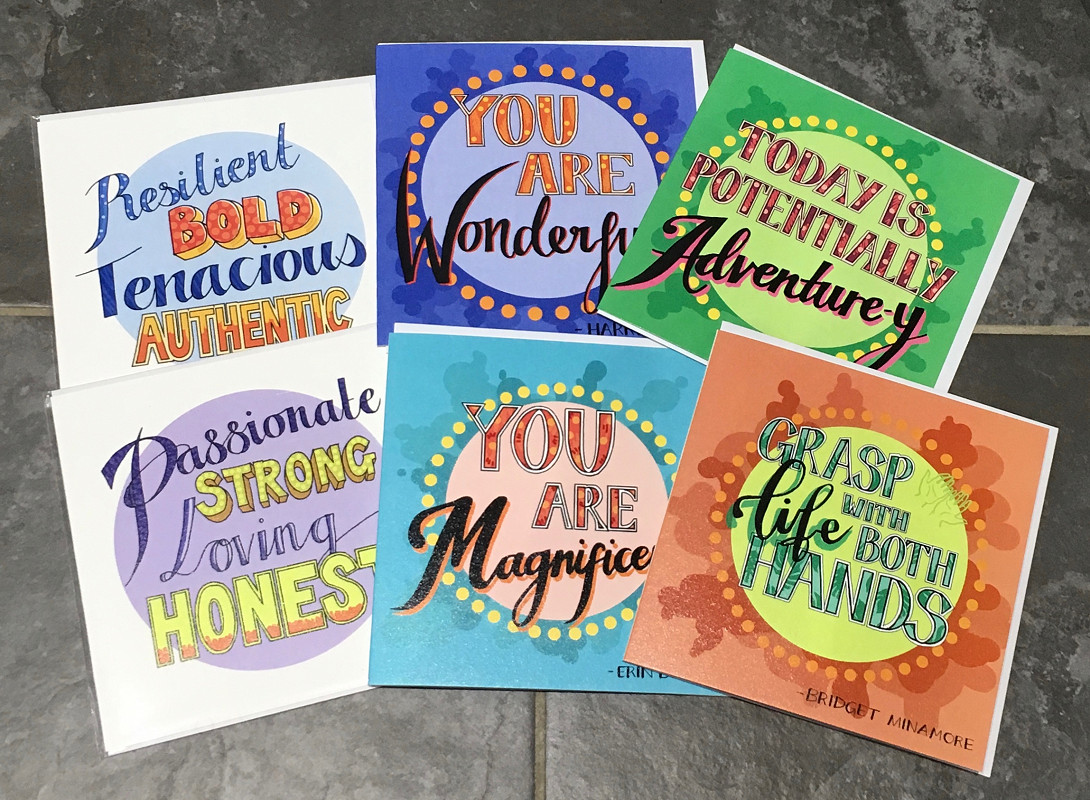 Last year, Sainsbury's made a pledge that from 1 April 2019 all its greetings cards would be sold without plastic packaging. They estimate it will reduce plastic waste by 77 tons a year, and their concerns are echoed across the card industry. Some publishers are experimenting with peelable stickers that will keep cards and envelopes together on the shelf without the need for plastic. Smaller independent shops still want cards supplied in clear film to protect them as they can't afford to lose stock to grubby fingerprints, but they may follow suit if demand is high enough.

We talked about our impact on the environment early on in our plans for Out of the Box Cards. Arguably, not sending cards at all would be better for the planet, but that is a self-defeating business plan, and seeing as so many cards are sent each year, it's all about wanting to minimise waste.  We have always wrapped our cards in clear, compostable film, but now, when you order cards from us, we'll send as many as we can 'naked' - without film. They'll arrive in a recyclable cardboard envelope which will keep them clean and protected. We won't be saving tons of plastic waste like the supermarkets, but we'll be doing our bit.